For those of you that don’t already know, I spent most of 2018 pregnant and growing a baby.  He finally made his debut on September 21st and over a month later, here I am finally posting his newborn photos.  It has been one heck of a journey to get here;  One that started last year and we couldn’t be happier to welcome our happy and healthy rainbow baby.  My daughter Adalee adores her baby brother and we are all adjusting well.  As “seasoned” parents we have adjusted much faster than last time. It’s funny how different things are with a little bit of experience.

When I had Addie, I shared my birth story with Julie Hurst and the Herself Moms community.  Looking back, I am so glad that I did.  I love going back and reading it from time to time.  They weren’t joking when they say that it fades with time and you tend to forgot,  so I wanted to make sure that I wrote down Lucas’ birth story too. Here it is:

On September 14th, I was 38 weeks pregnant and was going in for my routine check up.  I expected a short and uneventful checkup. I was so confident that our baby wasn’t coming soon that Joe and I were planning to celebrate our wedding anniversary later that evening with dinner at Localis. Well…that didn’t happen!  During the check-up my doctor told me that I was having consistent contractions and 4cm dilated.  According to him, I was in labor!  However, I was not in pain.

Now, here comes the funny part.  They wanted me to go to triage, but I told them I wanted to labor at home.  Since I was not in any pain, I didn’t believe I was really in labor.  They could obviously tell that I did not agree with them. They told me to not go anywhere and to wait in the waiting room so they could set up some more tests.  Ha!  It was like they thought I was a flight risk!

After some more testing, they said that I need to go to triage.  So, I left the doctor’s office and went to lunch with Joe, my brother, and sister-in-law.  Afterwards, we went home to tidy up the house and I took a nap.  On the way to triage, I stopped for a nice Acai bowl snack.  Priorities.  Right?!?!?  My poor doctor.  He even called to check on me and see why I had not checked into triage yet.  He made me promise that I was going.  Once I got to triage.  They said…oh.  Yes.  You.  We’ve been waiting.

The doctors wanted to keep me at this point since I was 6cm dilated.  My Douala, Tashina, came and we hung out at L&D for the night.  Unfortunately, there was no progress and I didn’t dilate any further.  The midwives had suggested breaking my water, but I did not want to have any intervention.  I finally convinced them to release me after some initial resistance.  But they made me promise that I wouldn’t drive to Sacramento or anywhere that was more than 15-20 mins from the hospital. For the record, I did not escape and got properly discharged but my silly sister thought I had broke out and escaped the hospital and She was scheming to come visit me to try and convince me to go back.

I walked around 6cm dilated for another week and joking with everyone that I was would have my baby in the backyard.  I enjoyed freaking some folks out when I told them I was 6cm dilated.  On September 20th, I was getting ready for bed at midnight when I felt my first painful contraction.  I immediately knew this baby was coming.  I walked over to the guest room to tell my mom we were heading to the hospital and off we went.

It took us 20 minutes or so to get to the hospital.  Once we got to there, it was apparent that there was no time to park the car.  Joe pulled up to the doors and we got out, checked into triage and were told I was 7cm dilated.  The contractions were coming on strong and close.  I started to get whiny, saying “I can’t do this!” and “I need Tashina!”

The next thing I knew I had the urge to push and they wheeled me to the delivery room.  As I am telling the nurses that I feel the urge to push, the midwife walks in and says, “Yep!  I can see his head.”  It was definitely different this time around.  With Addie, I was suggested to try different things.  There was no time for that, they pried my legs open and moved me where they needed me to be.  Why was I trying to hold the baby in?!?!  Because I had no idea where Joe was.  Apparently, he was in the restroom taking a leak and I didn’t want him to miss the birth.  Not even 5 mins later, out came Lucas.  There was no time for pushing.  It just happened.  Lucas Nguyen Koston arrived September 21st at 1:01am at 6 lbs 9oz and 20 inches. 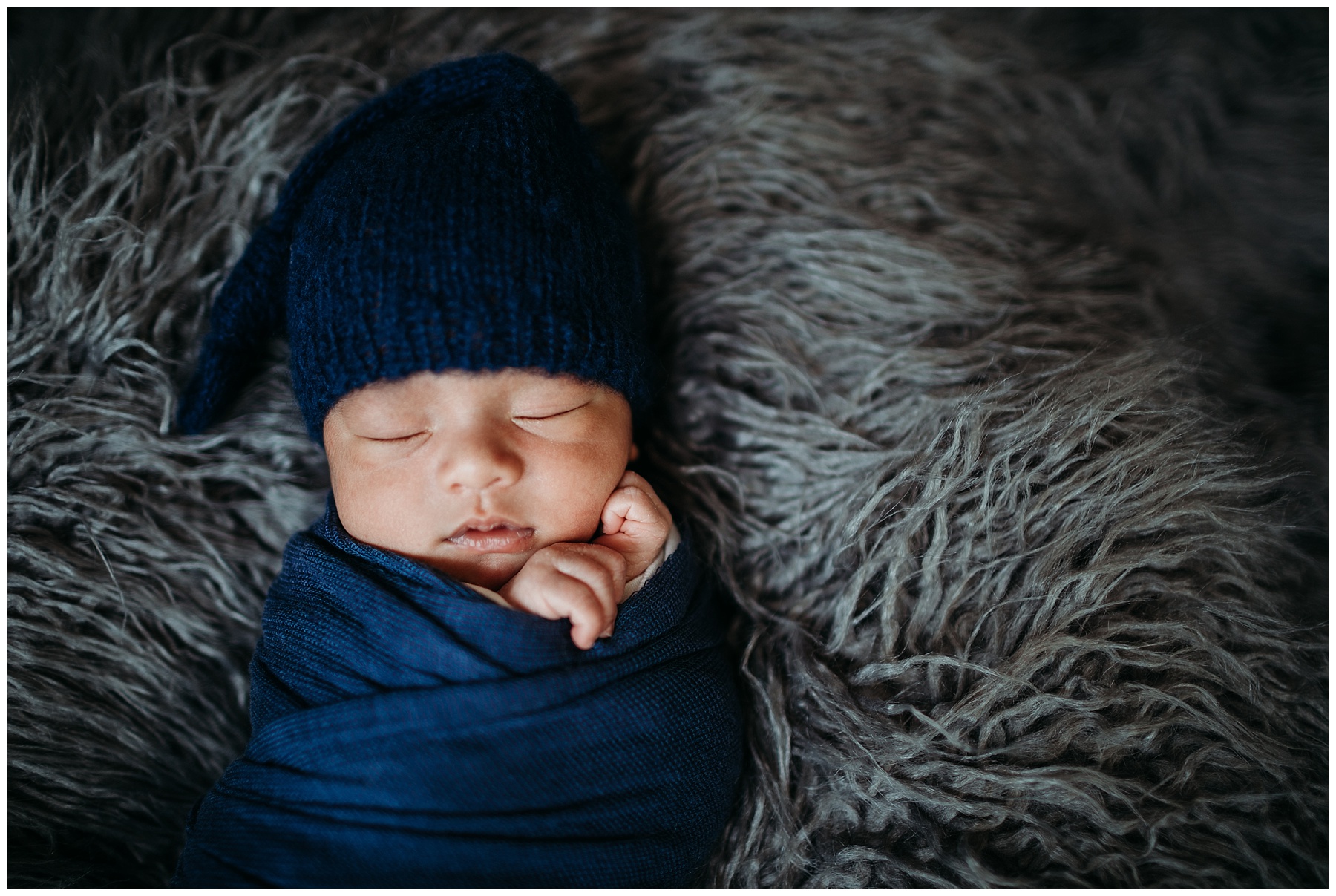 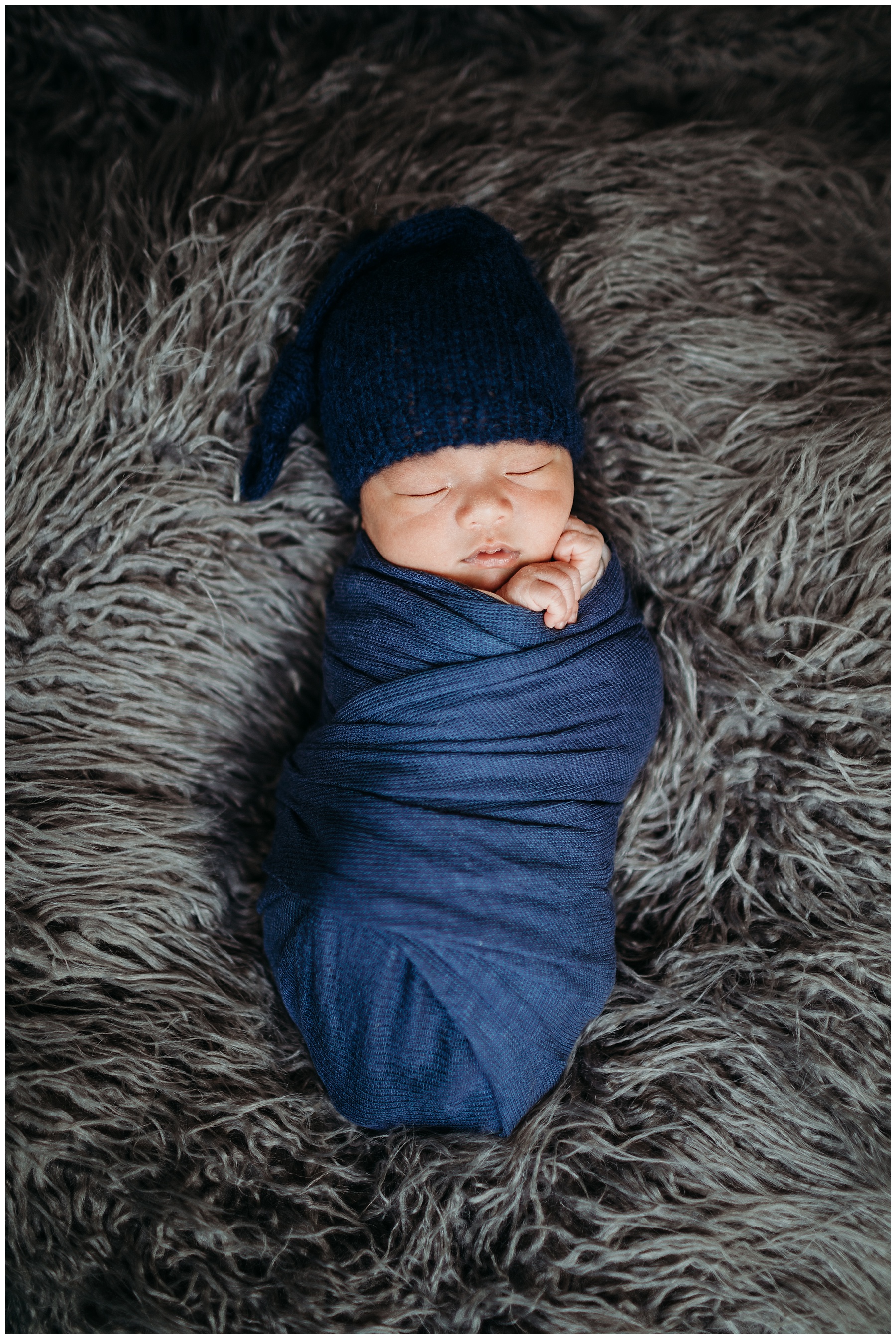 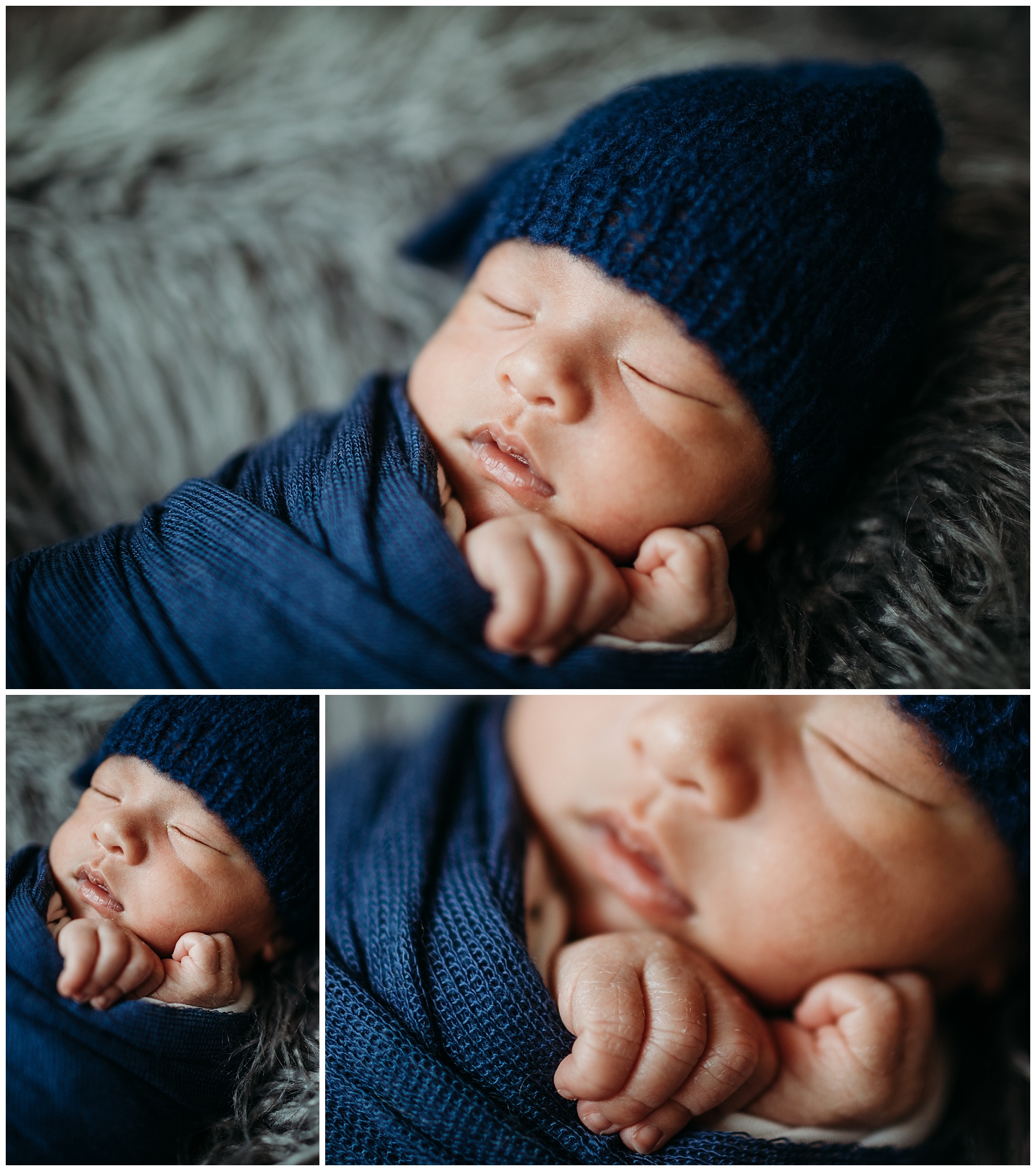 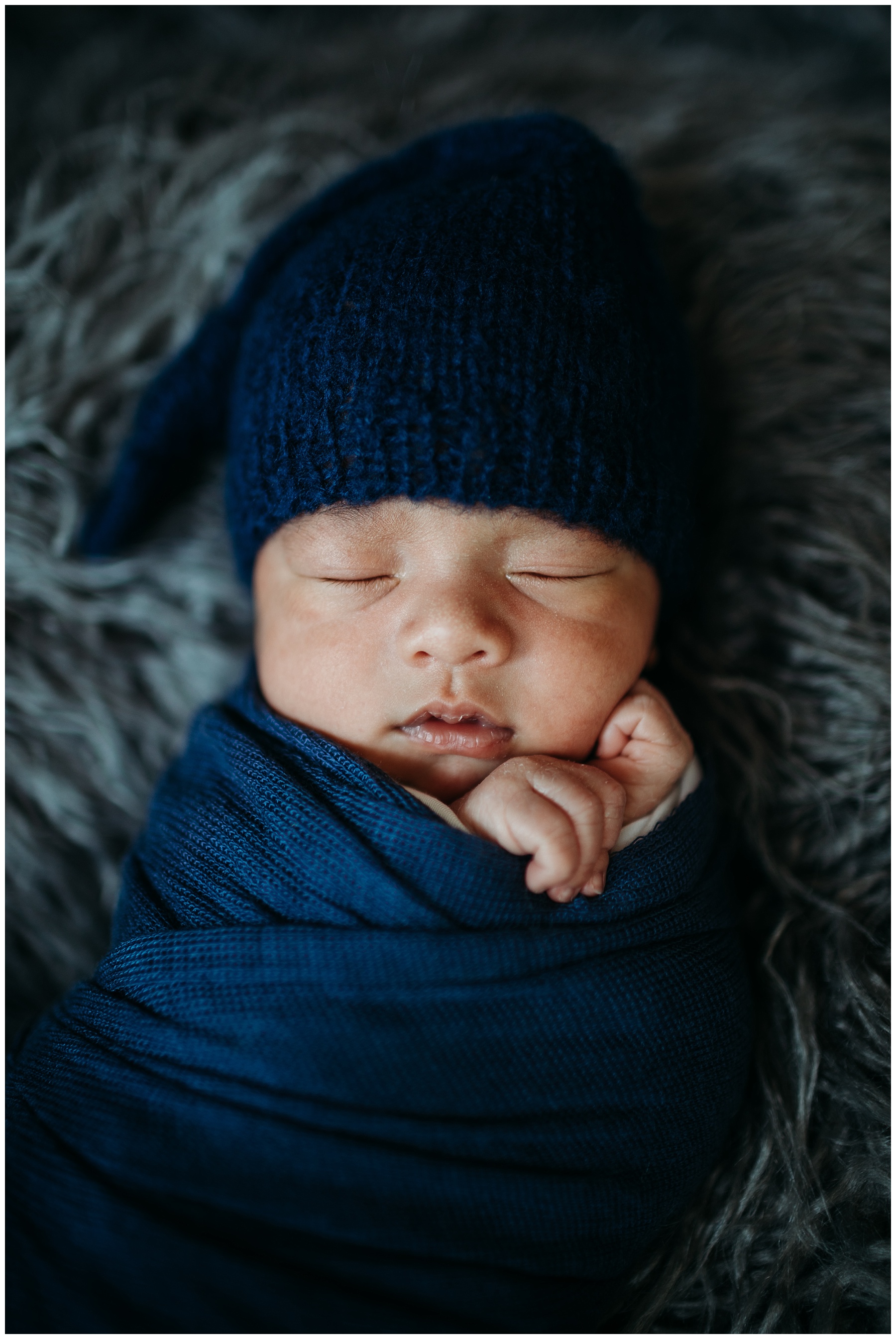 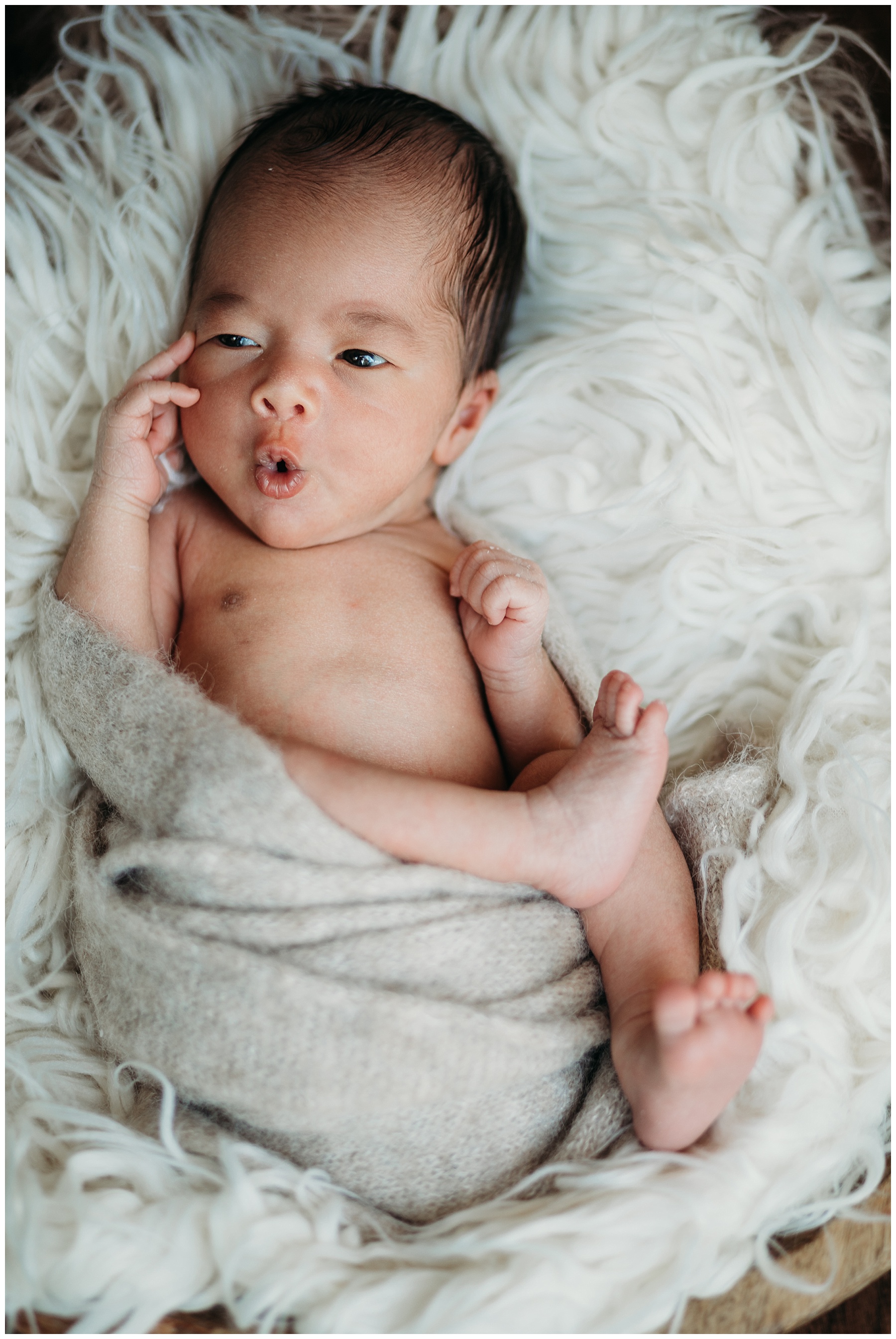